How Dams Are Reshaping the World for the Better and Worse 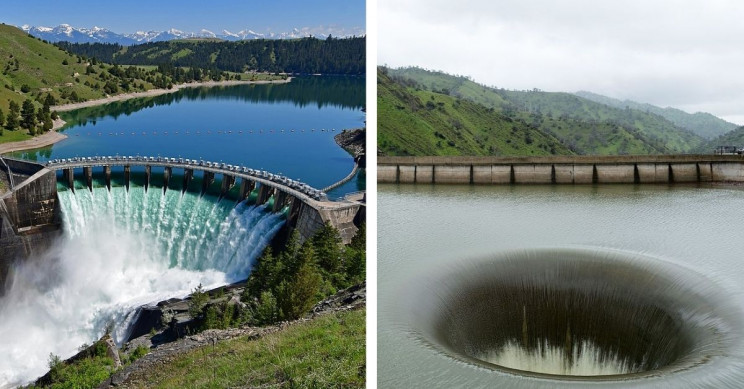 How Dams Are Reshaping the World for the Better and Worse

You have likely seen a dam before and may even benefit from its energy-producing capacity.
But do you really know what a dam is and how it works?
Do you also know that dams reshape the world around us in incredible ways?

Dams cause earthquakes but they also produce much-needed energy.
Want to hear more about the many current and future dams around the world and their stories both good and bad?

Did you know that China's Three Gorges Dam, for instance, is so massive that it slows the Earth's rotation?
When the dam is at capacity, its reservoir holds 42 billion tons of water which is actually enough to create a shift in mass powerful enough to slow down the planet's rotation, increasing the length of a day by 0.06 microseconds.
It might sound unbelievable, but it's actually true!

This small fact illustrates just one of the many ways dams reshape our world. Dams have both good and bad consequences, and in this video, we explore them all.

Let's start with the bad.
Between 2000 and 2009, more than 200 dam failures occurred across the world, triggered by everything from earthquakes to human error.
There are also more than 100 cases of earthquakes that have been caused by dams.

However, there aren't just dam failures around the globe, there are many dam successes.
Reservoirs created by dams help control flooding. They fill valleys in a manner that allows them to be used for boating, fishing, and other human recreation.
Dams also provide much-needed electricity.

But not all big dams' effects are as unnoticeable as this one.
Some water-holding dams can be quite disastrous.
The 1975 Banqiao Reservoir Dam failure caused the catastrophic collapse of 62 dams, including the Banqiao Dam, and killed more than 171,000 people.
It also caused 11 million people to lose their homes.

However, it's not all doom and gloom since dams do have their share of benefits. They provide energy and water for farming.
Reservoirs created by dams also help control flooding, and by filling valleys in this manner they can be used for boating, fishing, and other human recreation.

So are dams good or bad? This question is hard to answer but in certain areas dams are actually quite necessary.